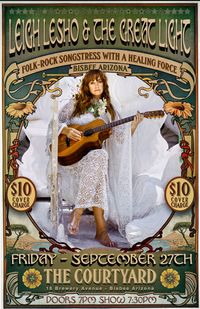 Join us for an enchanting evening under the stars, as Leigh Lesho and her friends serenade you with musical stories about love, life, and the human pursuit of soul liberation.

Leigh Ann Lesho is a singer-songwriter, devoted mother, wife, and yogi from Tucson. She released her first solo album titled "444" in 2016 by the name Leigh Lesho, followed by a sophomore concept album titled "Akasha" in 2018. She was raised as an athlete, and went on to pitch for the University of Nebraska softball team before playing professionally in the United States, Spanish, and Italian leagues. She refers to herself as a being a "closet musician" through those early years and looked forward to the chapter where she would embark on this magical musical journey. Sometimes solo, and sometimes with as many as seven other players, she performs under the name "Leigh Lesho & The Great Light", which is a reference to the relationship between the eternal spirit and the human self/ego. 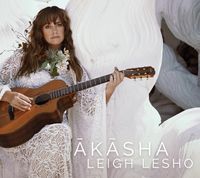